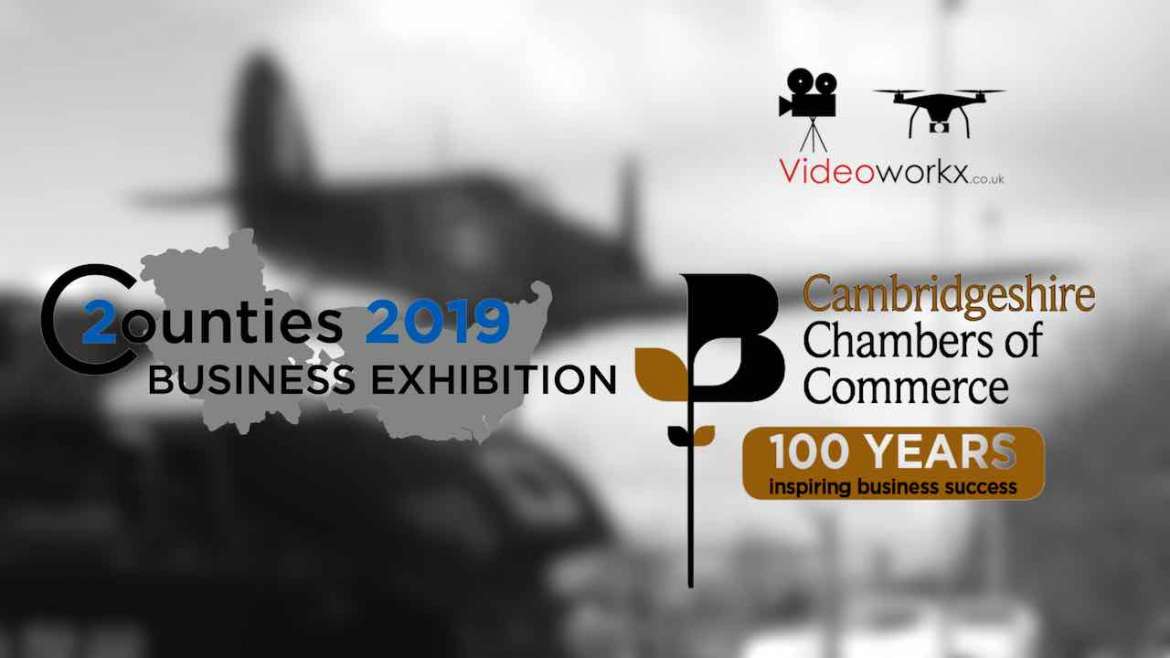 The 2 Counties Business Exhibition held at the Imperial War Museum Duxford and sponsored by Cambridgeshire Chamber of Commerce took place 13th March 2019 and was a great success. Apart from over 100 businesses on stands and a large number of visitors, the event also included business presentations, speed networking and a chance to see the Concorde nose drop.

At Videoworkx, our brief was to capture the atmosphere of the day with general shots of the event, set against the superb backdrop. We would then supply a montage video which could be used to promote future events of this type organized by the Cambridgeshire Chamber of Commerce. We were also asked to interview some of the businesses taking part and include them in the video.

Issues while filming
While we were filming the speed networking under Concorde, we noticed the coloured lighting was making people look like green aliens or brightly red-faced. Thankfully, we have encountered these type of issues before and were able to fix them during the post-production editing process.

It’s also not the brightest of places when trying to film under large aircraft wings and some stands were quite dark due to it being cloudy in the afternoon and less light coming through the windows. Thankfully we were able to use a lens with a large aperture in these circumstances that helped overcome the problem. Most video cameras without interchangeable lenses would have struggled to expose the subject well enough.

The video ended with a great interview from Stella Cockerill, the Chamber’s Chief Operating Officer, who apparently felt airsick from having a go in the virtual reality Spitfire. As she says in the video, she doesn’t think she would make a very good pilot!

Anyway, a really good event that Videoworkx will hopefully be invited back to in the future.