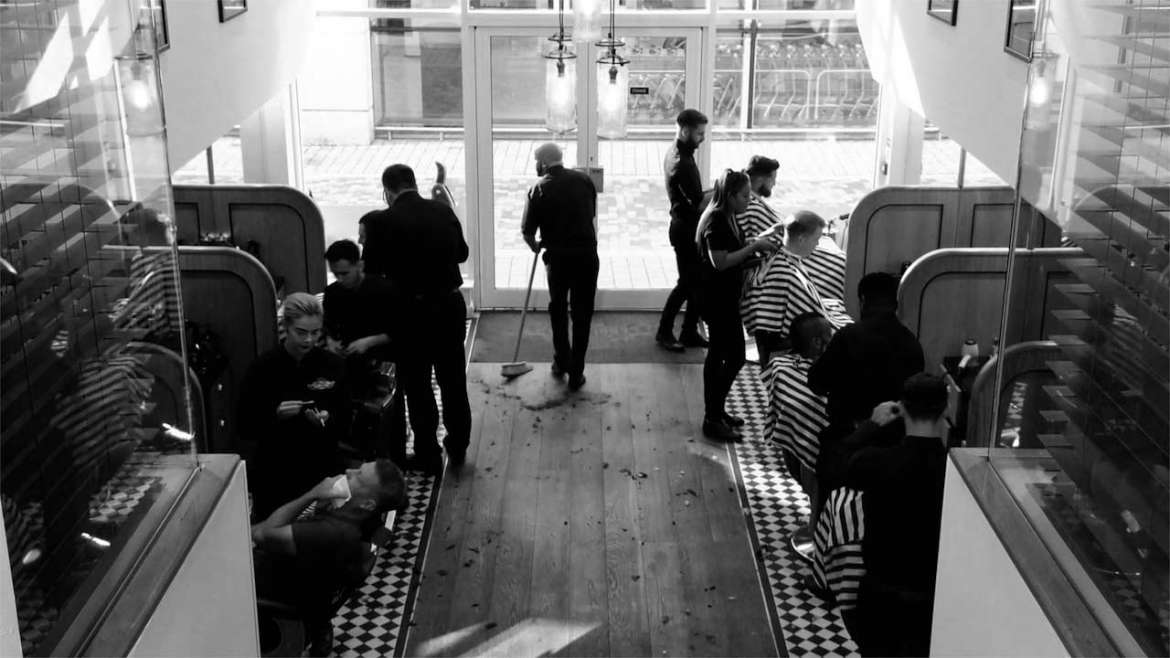 The aim of this video, is to promote the new premises, for the multi award winning Andy’s Barber Shop in Bicester.

The new premises is fully air-conditioned and has ten cutting stations. Eight of the cutting stations are on the ground floor and two in the VIP Room, on the upper floor. It is an extremely popular barber shop, as can be seen from the video.

The filming took place on a Saturday with plenty of happy customers coming and going. Therefore, it was very important for us to be extra carful during the filming process, taking the Filming Risk Assessments very seriously.

To get some creative movement in the shots, our assistant would lay down track or erect a small crane and then, for safety reasons, protect the area from people walking by. The cameraman would then add lighting, put the camera and tripod in position, and start filming. The equipment was then moved out of the way, and the process repeated several times for different cutting stations. All the lighting used was battery powered, omitting the need for cables and therefore saving time and ensuring that nobody would trip over.

To minimise any disruption while filming, we tried to maintain a safe distance from everyone going about their normal daily routine. On the busy ground floor, we used a small camera for closeups where possible, and on the second floor, where there was more room, we we able to use  a large camera to take wide shots of everyone on the ground floor. We also decided to avoid filming interviews, as this would have meant being in the way for long periods of time; instead, messages were added with dynamic text to final video.